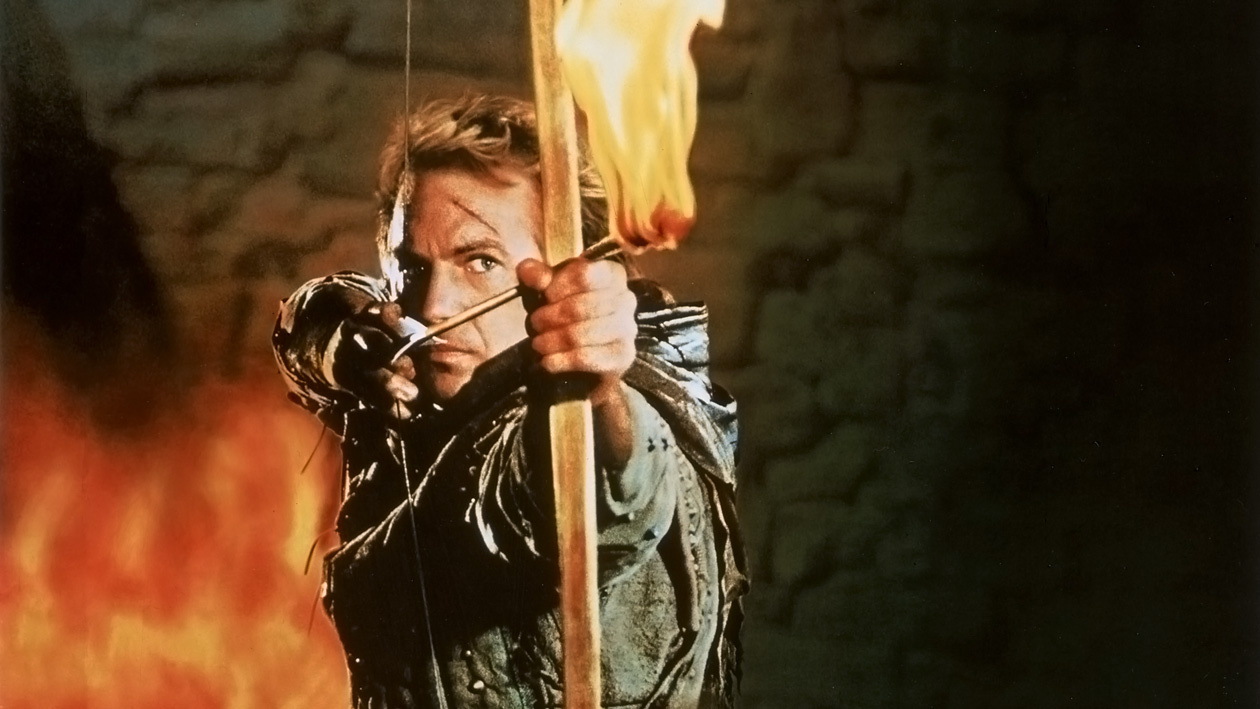 For the good of all men, and the love of one woman, he fought to uphold justice by breaking the law.

After being captured by Turks during the Crusades, Robin of Locksley and a Moor, Azeem, escape back to England, where Azeem vows to remain until he repays Robin for saving his life. Meanwhile, Robin’s father, a nobleman loyal to King Richard the Lionhearted, has been murdered by the brutal Sheriff of Nottingham, who helped install Richard’s treacherous brother, Prince John, as king while Richard is overseas fighting the Crusades. When Robin returns home, he vows to avenge his father’s death and restore Richard to the throne. Even though Maid Marian, his childhood friend, cannot help him, he escapes to the Forest of Sherwood where he joins a band of exiled villagers and becomes their leader. With their help he attempts to cleanse the land of the evil that the Sheriff has spread.