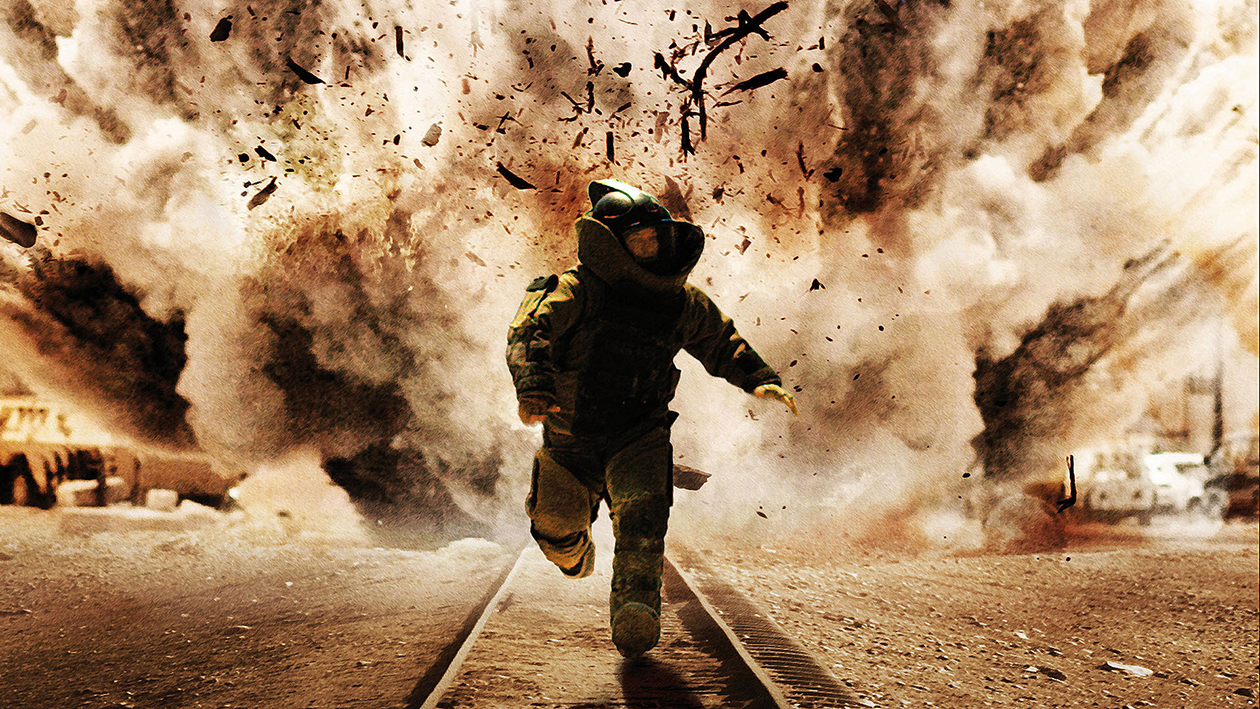 An intense portrayal of elite soldiers who have one of the most dangerous jobs in the world: disarming bombs in the heat of combat. When a new sergeant, James, takes over a highly trained bomb disposal team amidst violent conflict, he surprises his two subordinates, Sanborn and Eldridge, by recklessly plunging them into a deadly game of urban combat, behaving as if he’s indifferent to death. As the men struggle to control their wild new leader, the city explodes into chaos, and James’ true character reveals itself in a way that will change each man forever.