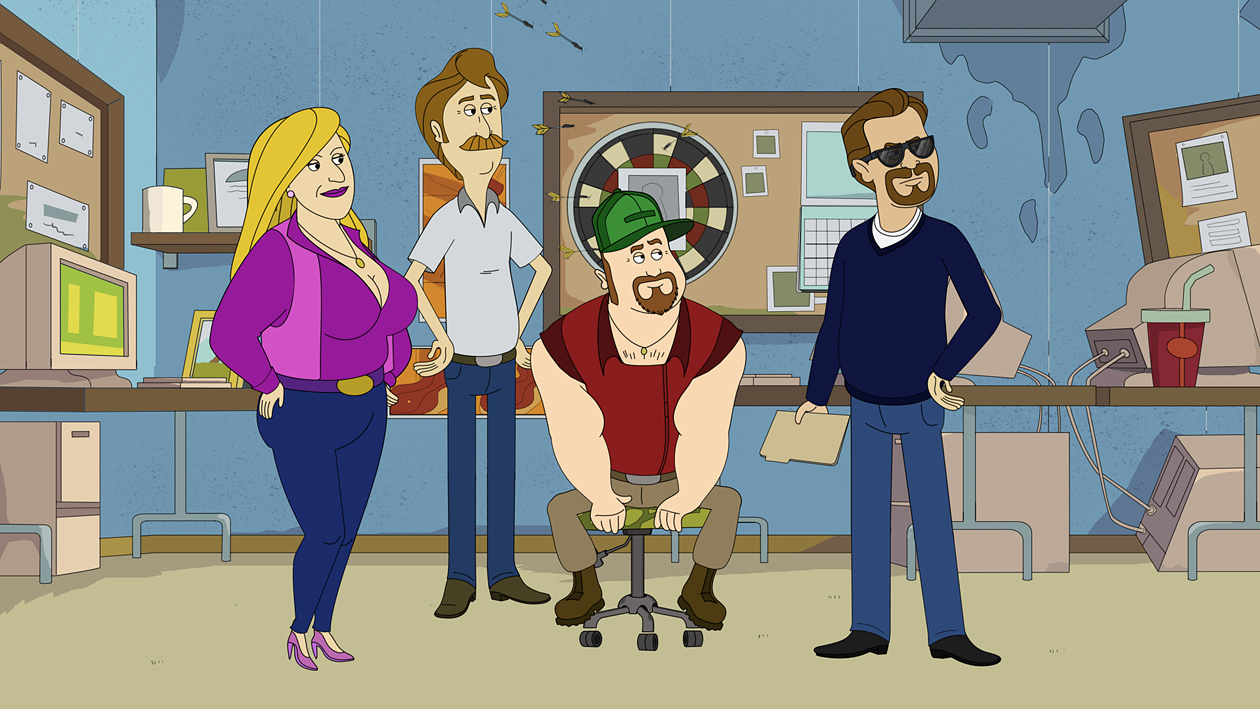 Who would’ve thought comics Jeff Foxworthy, Larry the Cable Guy and Bill Engvall could be bounty hunters? Maybe they are not hunting criminals, but animated versions of the three are. Ex-cop Jeff started Barton Bounty Hunters to try to make his town safer while being able to work with friends Larry and Bill. There is always something stressing Jeff, the leader of the group. Sometimes it’s work-related or it might be trying to keep his cool around ex-wife Stacy and his embarrassing, redneck parents. Gun-crazy Larry has a quick trigger and is very gullible, which isn’t a good combination. Bill is the criminal profiler of the group and a semi-successful ladies’ man. The guys get their assignments from loud-mouthed, tough-as-nails bondswoman Lisa, who — when not complaining about the team’s incompetence — throws herself at Bill every chance she gets.