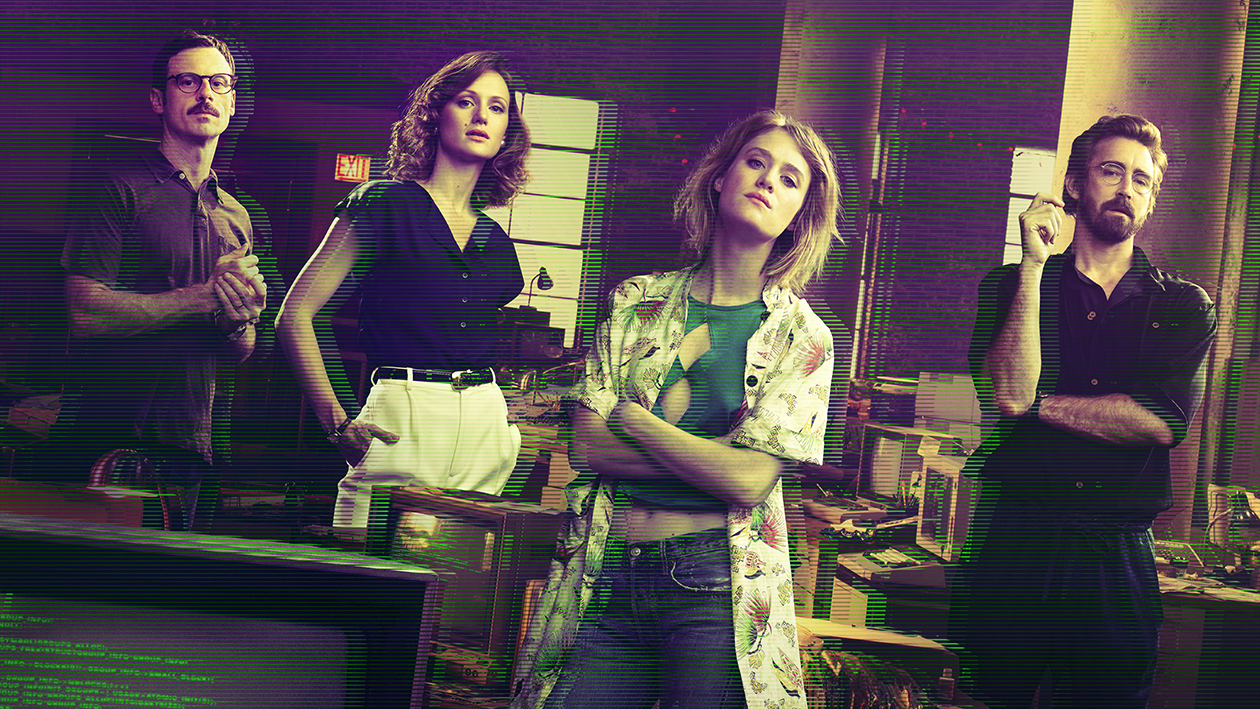 “If season one was a tale of the corporate boardroom and season two chronicled a start-up, season three is about the perils of a promising young company striving to join the ranks of the winners whose names still define the competitive landscape of Silicon Valley…”

In Halt and Catch Fire Season 3, Mutiny leaves Texas for the big leagues of Silicon Valley. Founders Cameron Howe (Mackenzie Davis) and Donna Clark (Kerry Bishé) search for the idea that will launch Mutiny as a player, but new collaborators test their partnership. Gordon Clark (Scoot McNairy) struggles to find a place within his wife’s company as Joe MacMillan (Lee Pace) builds upon his empire, reinventing himself with a bold play that shocks the Valley and sends him back into the lives of his former partners.